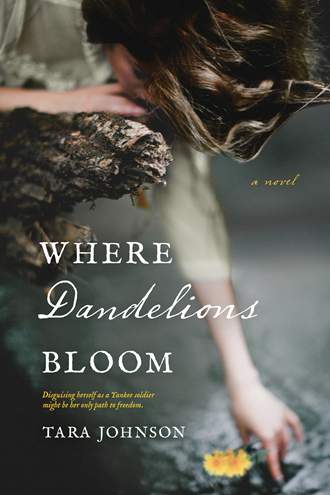 Tara Johnson Redeem For: 150 Points
You need to be a logged in member to redeem products.

Cassie Kendrick is on the run. Her abusive father arranged her marriage to a despicable man, but she’s discovered an escape. Disguised as a man, Cassie enlists in the Union army, taking the name Thomas Turner. On the battlefields of the Civil War, keeping her identity a secret is only the beginning of her problems, especially after she meets Gabriel Avery, a handsome young photographer.

Anxious to make his mark on the world and to erase the darkness and guilt lurking from his past, Gabriel works with renowned photographer Matthew Brady to capture images from the front lines of the war. As Gabriel forges friendships with many of the men he encounters, he wonders what the courageous, unpredictable Thomas Turner is hiding.

Battling betrayal, their own personal demons, and a country torn apart by war, can Cassie and Gabriel learn to forgive themselves and trust their futures to the God who births hope and healing in the darkest places?